In an area that has seen massive change and regeneration as industries like ship-building, wine and spirit storage, whaling, and fishing came and went, the once-autonomous town of Leith transformed over time into a buzzing extension of the city of Edinburgh—formally recognized as a ward of the city in 2007. The next year, the city began a massive, two-phase tram installation plan that will eventually connect tram lines from Leith to Edinburgh’s city center—along with the airport. Leith-based artist David Lemm, who centers his research-led practice on what he describes as “encountered environments,” explores the nature of change in the urban landscape in Tracks, an exhibition and body of work examining the nuances of town planning, construction, movement, and infrastructure.

On the doorstep of Lemm’s studio, a construction zone has bisected the narrow street in front of the building. “The works presented here are a result of observations made in the landscape directly outside,” he says. “These developments have offered a rare opportunity to see below the surface, to consider the layered architecture of future urban space, and question how the city is made and what it is made from.”

Edinburgh is nothing if not a city of layers. Archaeologists have discovered numerous interesting relics as the tram works have progressed, including historic tram lines and a late medieval cemetery. The material properties of industrial components is what interests Lemm in this series, especially the ad-hoc curios and offcuts. Over time, he collected items that were being discarded as waste, such as wood scraps or pieces of metal. An exhibition statement explains that he considers “our relationship with waste and urban space using objects which represent infrastructural development that has come at a great cost to the community.” Lemm questions how future cities might be built by considering the strata of history under our feet.

Pieces of shuttering wood, cement, and prints made from the cross-section of track are recurring motifs throughout the series. Arranged in diagrammatic compositions, they evoke town planning models and emulate construction techniques. “All of the wood used to create the words has quite literally formed the streets we walk on,” says Lemm, who adds additional layers to re-imagine each artifact and considers them “a symbol for both real and imagined travel, a modular building bock or curious glyph.” 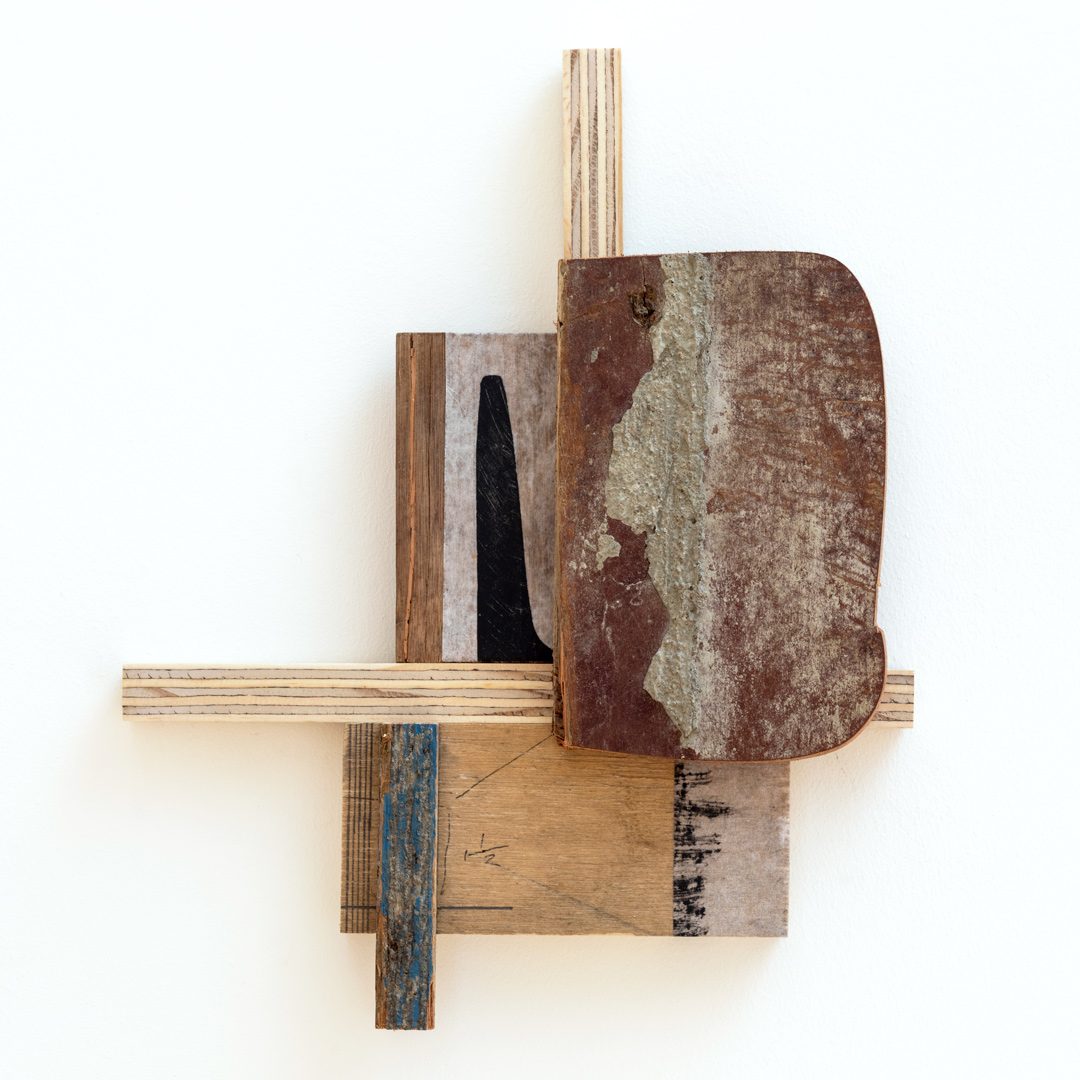 All images © David Lemm and shared with permission. Photography by Alix McIntosh.