In order to make work for her MFA thesis, Emily Hobgood Thomas had to do a bit of trespassing. She describes her practice as photographic work that uses varying degrees of manipulation to focus on the socioeconomic impacts of tourism. And in order to do that, she needed access to spaces that may have been formally off-limits. Interested in the economic decline of her hometown, Morehead City, North Carolina, which has been a regional tourism destination for several decades, she explores buildings and sites such as empty hotels and their abandoned pools, half-built structures and debris-strewn parking lots that once catered to a tourism industry. In recent decades, the area’s tourist industry has gradually diminished from its original hey-day in the late 19th and early 20th centuries. 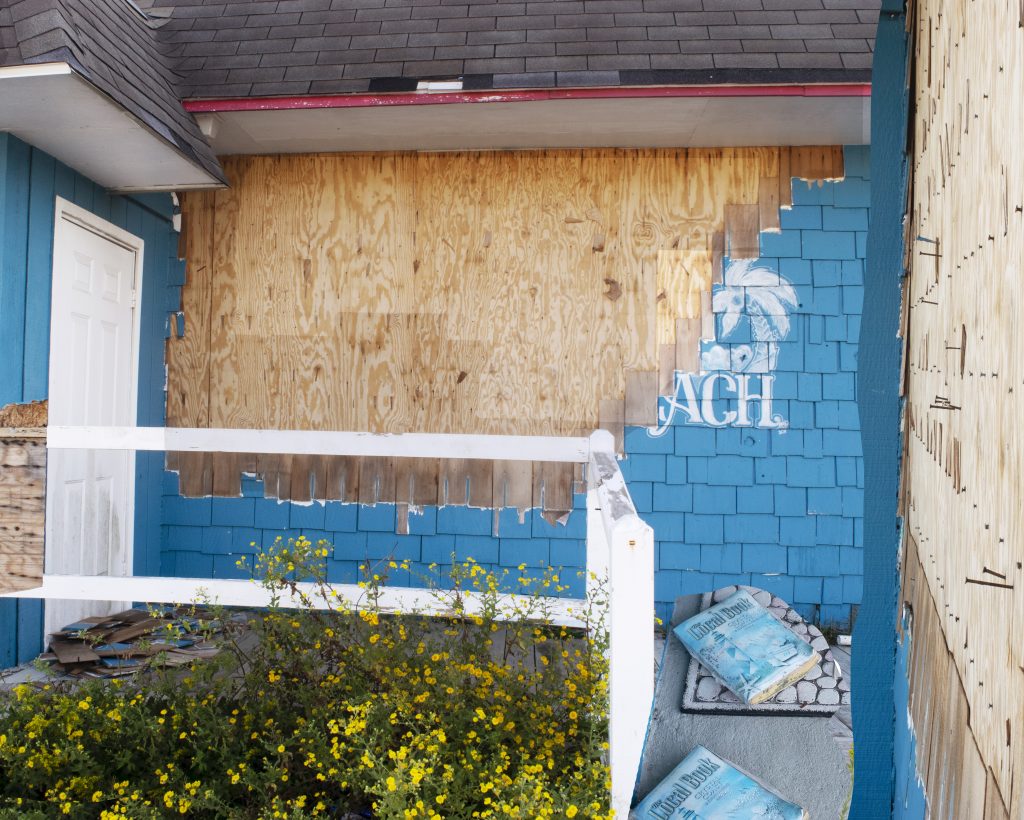 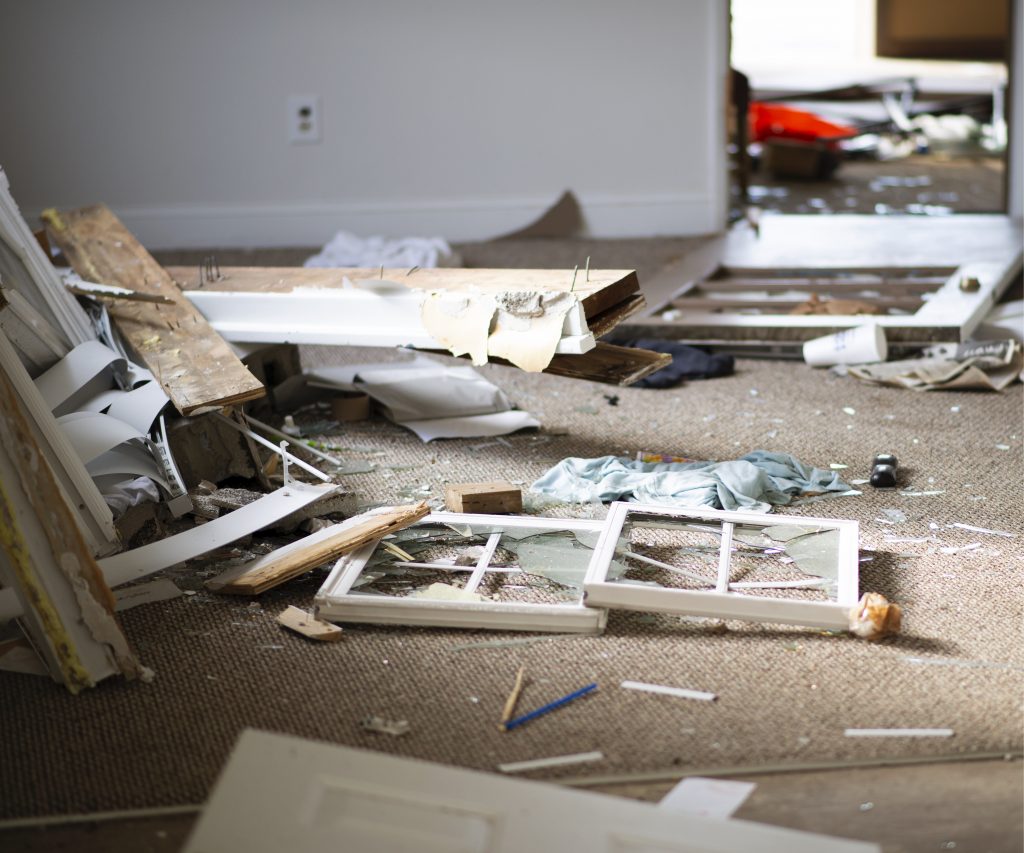 Morehead City became home to the brand new Atlantic Hotel at the tip of the peninsula in the summer of 1880, and was promoted as the “Summer Capital by the Sea” by the railroad, which made it convenient for city residents and those inland to get to the oceanfront easily. A few decades later, the Great Depression, followed by the Second World War, took an indelible economic toll on the city. Throughout the mid-twentieth century, tourism waned. “When photographing the once popular tourist hotels in Morehead City, I am focused on the moments within an architectural structure that compress and flatten out generations of economic and physical growth and decline,” the artist explains. 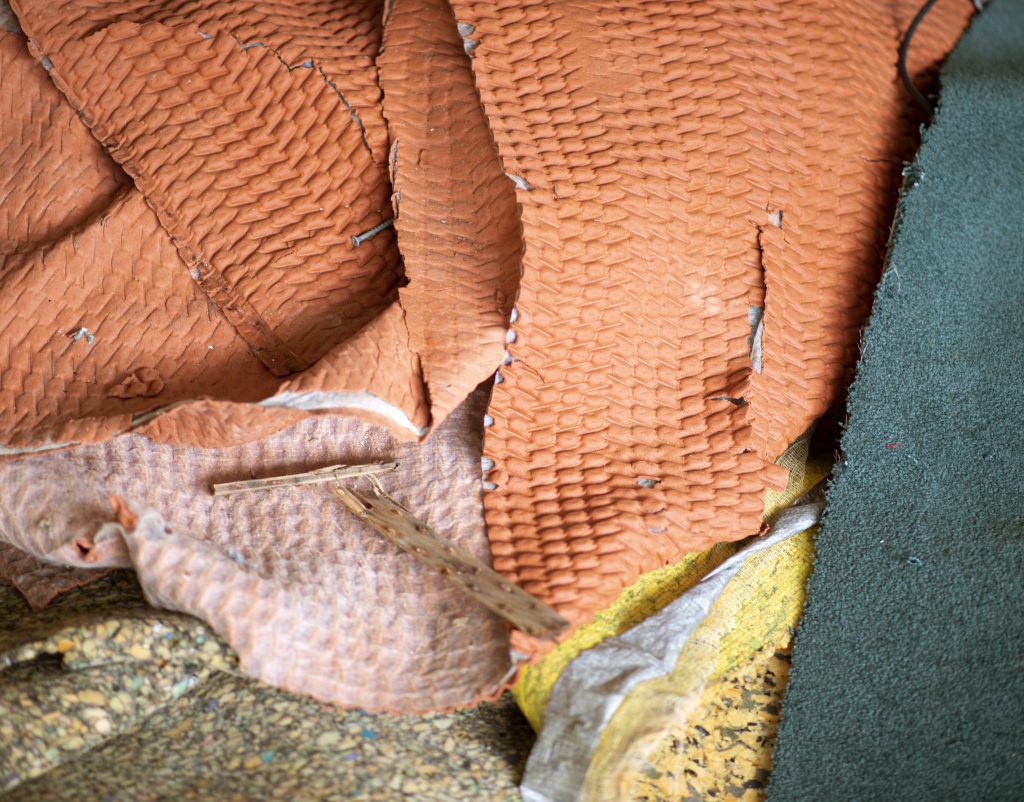 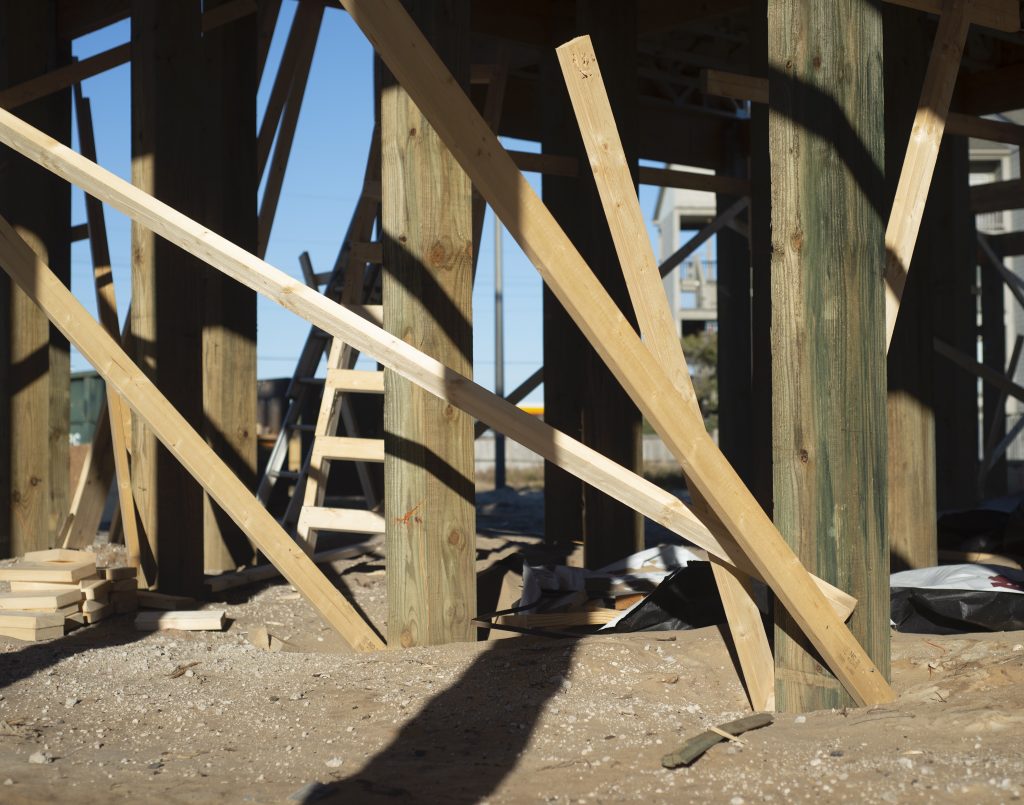 Hobgood Thomas earned an MFA from the University of North Carolina – Chapel Hill this spring. Currently, her process utilizes digital manipulation techniques, which were a result of experimenting with analog collage. “I began making collages using images from a Polaroid camera after Hurricane Florence hit the Outer Banks of North Carolina in the Fall of 2018.” The Polaroid images were manipulated with careful incisions, then disassembled and reassembled into something new, showing cycles of development and decay. She applies this same technique digitally, by carefully adding and removing elements of each image, creating new collages from several pictures. 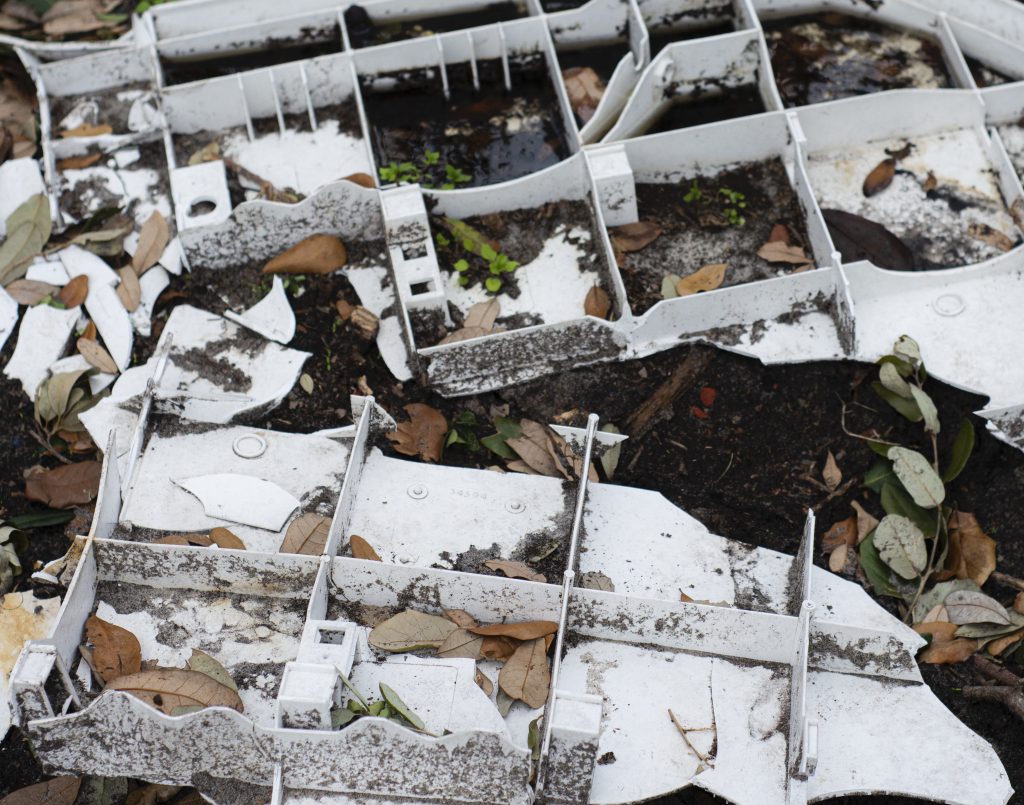 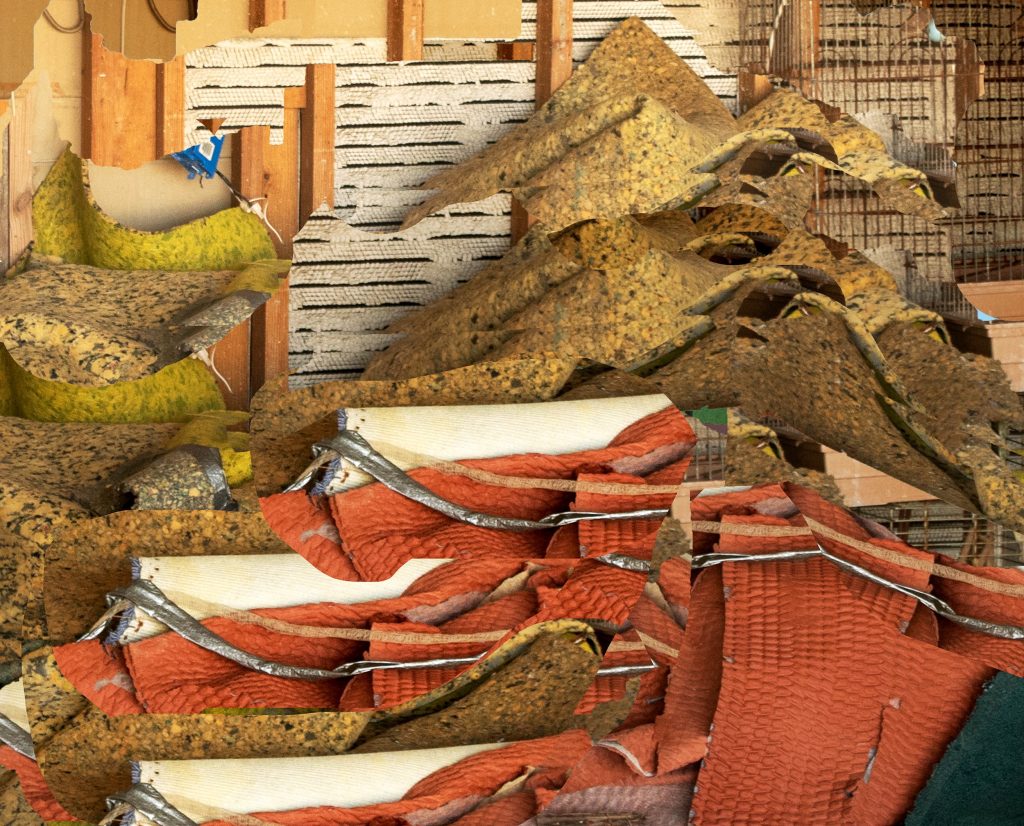 Her routine in the studio depends on the day, but she intentionally tries to direct each day’s activities depending on the feeling at the beginning of the day. “I tend to schedule things into my practice, such as, ‘Okay, I’m going to read theory today and write my thoughts about it.’ Sometimes the practice happens as naturally as me going through my collage pile to organize it, and finding things that just seem to work.”