In conversation with Ian Etter

Originally from Seoul, Korea, painter Mary Laube came to the US at a young age when she was adopted by a family in the Chicago suburbs. In the Summer of 2019, she went back to Korea to reunite with a place that is a distant yet commanding part of her identity.

Laube’s transracial and transcultural experiences have formed a backdrop for a new direction in her work. Her new paintings are marked with signifiers of Korean culture that are absent in her earlier painting. To quote Laube, “My recent work explores the hybrid nature of identity, cultural displacement, and diaspora. I make synthesized forms that are born from paraphrasing and re-imagining historical artifacts. Objects such as wrapping cloths, ink stones, Buddhist statues, and shaman symbology are processed through painting. They emerge as imaginative forms that re-shape seemingly mummified fragments of history, into unstable, and mutable ideas.” Curious about this new body of work, Ian Etter spoke with Laube about her history, travels, influences, and what happens next. 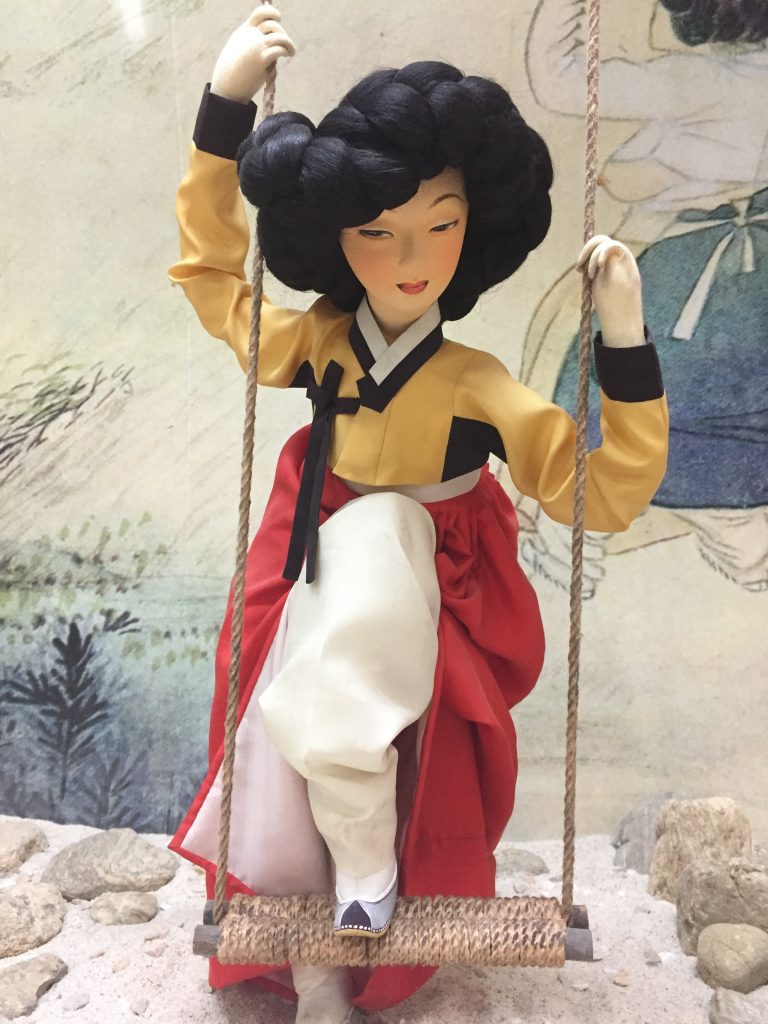 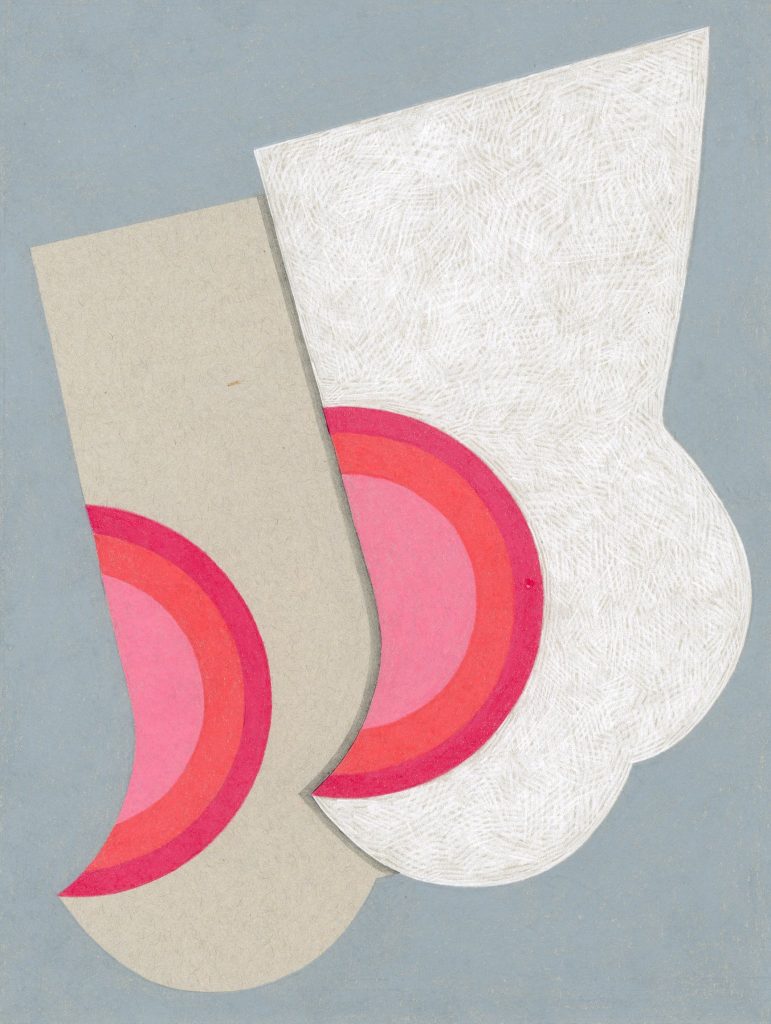 Ian Etter: Exactly when did you first arrive in the states, and what brought about the decision to return to Korea?

Mary Laube: I came to the U.S. in 1987 when I was almost 2. My decision to go back when I did was largely prompted by the birth of my first son, and the unique fact that he was my only known blood relative. Every day I was confronted with the surreal experience of seeing my own face in his. This, coupled with the fact that I grew up in a predominantly white suburb of Chicago prompted me to look intensely at my own ancestry and the absent community that shaped my experience and identity in the United States.

IE: Your work has focused on memory for a while now, can you tell us how revisiting Korea has influenced or changed your work?

ML: Visiting Korea marked a significant change in my work. In the past my paintings used imagery from my everyday surroundings, forming metaphors for my own subjective experience of memory and memorialization. I am now thinking more about how my identity can be included in representations of a collective history – one that is hybrid and continually revised. 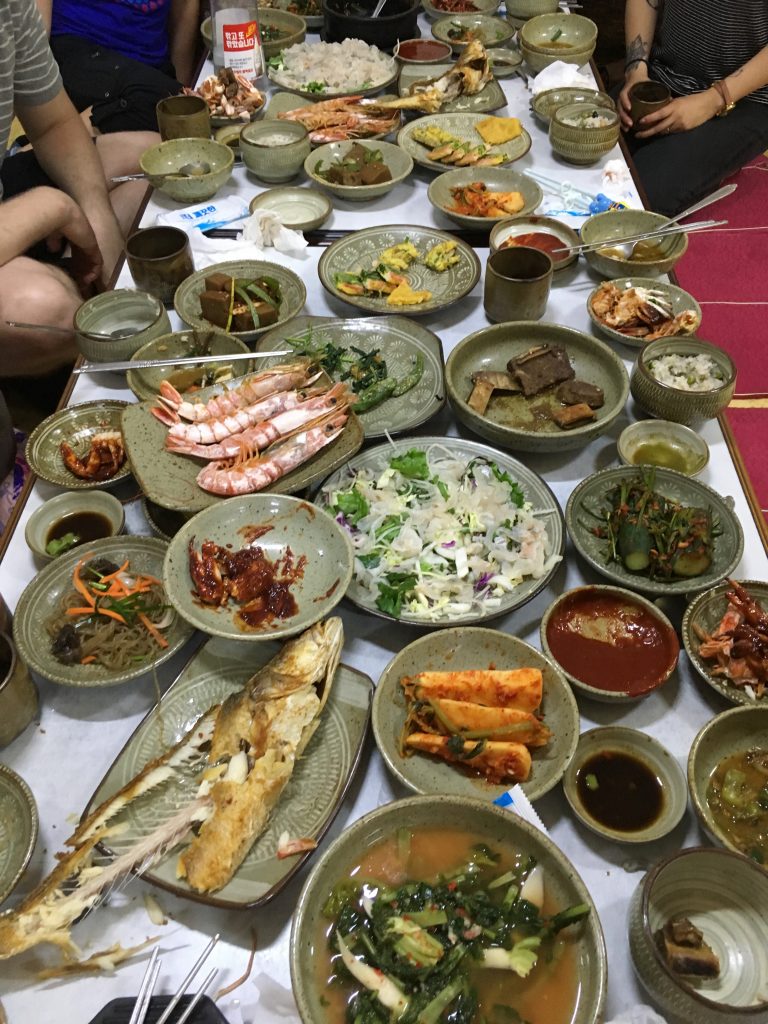 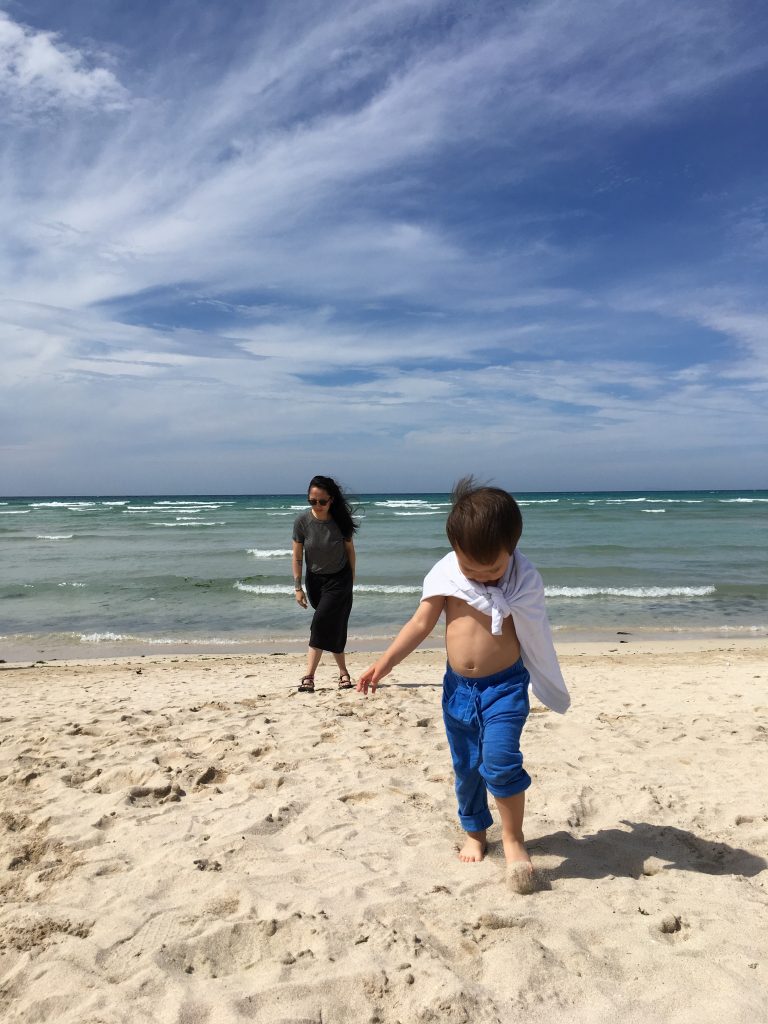 IE: This new work feels much more improvisational. Is this a result of new processes or the shift in content?

ML: I am placing more weight on the original artifact referenced in each painting. In the past, my work would more often dissolve into abstract iterations of the observed form. Now that I am working with more specific references, the wok retains the voice of the original source while fluctuating in this space between the observed object and my imaginative interpretation of the thing.

IE: Like memory, the act of reduction in your work distills and reshapes the subject. How does your sense of control come into play?

ML: This relationship between control/lack of control for me, is intrinsically tied to the idea of memory. Memory is something we attempt to embalm, despite its ever-transforming nature. I am interested in both the “error” of memory, but also its generative nature, as a function of the brain that is inherently creative.

I also think about the perception of control in my paintings. I control marks using stencils, or I control composition and color through a process of preliminary sketching and testing. However, when it comes to actually making the work, there is a significant amount of surprise, improvisation, and problem solving involved. I am often asked whether or not I plan my workout ahead of time. To a certain degree I do, but I don’t believe it’s any less romantic. Before I was a painter, I was a pianist. I spent hours covering the same bars of music, sometimes hundreds of times: all in preparation for a single performance. 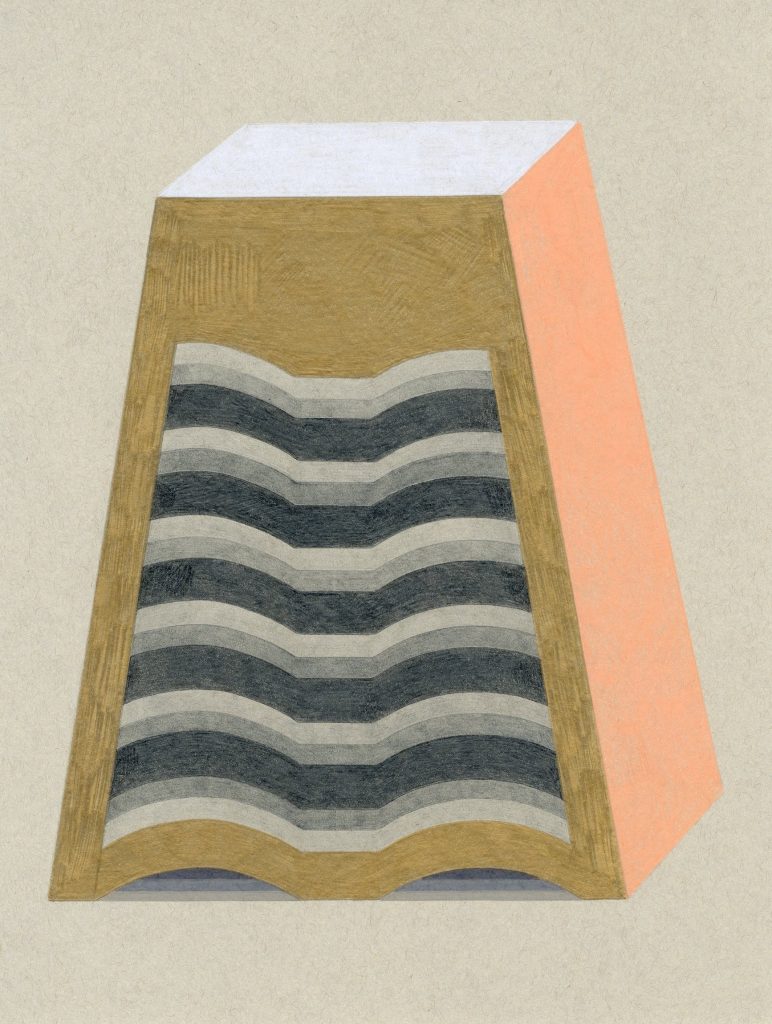 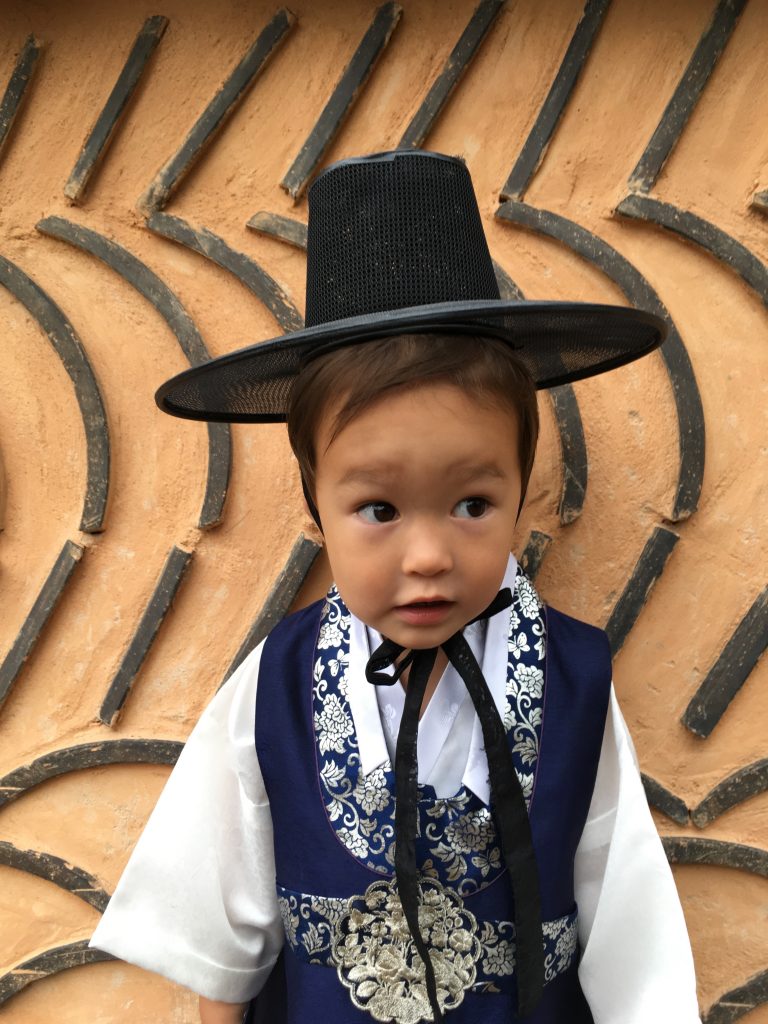 IE: I’ve noticed a new sense of vulnerability entering the work, where exactly do you think this is coming from?

ML: I agree, the work is absolutely more vulnerable. The specificity of the project has actually diversified the sources of the work. In the past I was really filtering forms based on what felt comfortable to me. Now I am looking at a range of new forms, patterns, and colors that feel farther out of my wheelhouse.

IE: You’ve always had a keen sense of color relationships. How does color affect the ideas of memory and loss?

ML: Color is an opportunity for me to shape the work into something imaginative and fantastical. I love the way it can be manipulated to simultaneously evoke that which is familiar or stable (through illusions of light and shadow) but also exist within a dreamy, surreal world through stretchy temperature shifts. This parallels the nature of memory as a force that is forged from the sedimentation of past experiences, but it is also continually being reimagined or redefined. Color is this beautiful tool for creating a space that is contradictory or inclusive of multiple realities. I first fell in love with painting through studying color relativity. The often dreaded undergraduate color chart assignment was my gateway to making art.

IE: Scent has a tendency to bring back memories and trigger strong emotional responses. Was there anything that had this effect upon returning?

ML: I’ve been thinking a lot about the various shapes memory can take. I don’t think all memories are remembered in the same way. I can’t recall Korea in the same way I can remember what I ate for breakfast. I don’t think all memory is obvious; it imprints itself in sometimes unusual ways (as you mentioned in scent for example). That is all to say that my memories of Korea are obscure and non-visual. They are steeped in the stories I was told through adoption paperwork and photographs. It was definitely emotionally overwhelming, and my first response wasn’t so much a memory, but rather the experience of knowing that I had returned to a meaningful place.

IE: What about food? Did you rediscover any comfort food? Were you reacquainted with any snacks that made their way back with you?

ML: Rice! Since returning to the U.S., it has become a staple in our family dinners. Also, jap chae, which was one of my favorite Korean foods as a kid. It is also a dish that my picky four year old will eat. As a kid I used to eat prawn chips-  shrimp flavored rice snacks that look like french fries. They disgust my family, but I absolutely love them.

IE: Can you tell us about the roots of your visual language? What artists were you looking at earlier in your career?

ML: I suppose my visual language comes from my Chicago roots. My mom went to the School of the Art Institute of Chicago in the mid 60’s, so as a painter I’m drawn to that history. One of my closest mentors in graduate school was John Dilg, who also has ties to the region. The Chicago Imagists continue to be a significant influence on me, particularly in their conversation with surrealism and collage-like image building. Earlier in my career I was really attracted to exactitude and precision. To return to color- the “hard” edge between two opaque colors enchanted me. Ellsworth Kelly, Tomma Abts, Sophie-Tauber Arp, are a few folks that come to mind when I think of my earliest work.

IE: The Chicago Imagists definitely come to mind when I think about your work. Have they had an influence on the scale of your work?

ML: I’ve always been really taken with the notion of modest painting (Mira Schor), or that small painting can exude a presence much larger than itself. My earlier work was also influenced by miniatures and dollhouses- I’m excited about these worlds that can become universes in some ways, the size of the thing is not necessarily indicative of the depth of an imaginative space. I suppose being regionally situated in the midwest, rather than New York,  the desire to make large, monumental paintings was not really within my closest scope of influence. I really believe in the expansive possibilities of an interior space- one that can present unfolding worlds within worlds. This excites me, and it is what drew me into painting in the first place.

IE: What is the state of the studio right now?

ML: I moved my studio to a section of my living room because of covid + a new baby. In the past I took on a more focused approach to working. For stretches of time I would be exclusively occupied with a single material or process. Now, though, for a number of reasons I am taking on a more adulterous approach to the studio depending on what’s happening in my own life and also the world. I have these tight, meticulous drawings with colored pencil and graphite for days that feel like I need to just move my hand. I am also making fast gestural paintings on crappy paper with crappy paints for days when I want to think on my feet or explore new forms that feel daring or new (these you may never see). I also have a handful of panels on the ready for longer stretches of more focused, material intensive work. I’m enjoying these different tempos in the studio.

IE: What are your future plans? Will you be returning to Korea?

ML: I am going to apply for a Fulbright in hopes of taking my family with me for a longer amount of time. I am studying the language more deliberately now, and I would love for my kids to be able to pick some of it up while their brains are like sponges.

Ian Etter is an artist and independent curator who currently lives in Dallas, TX. He received his MFA in Drawing and Intermedia from the University of Iowa in 2013. ianetter.com | @ianetter

All images courtesy of the artist.