Above: 5M Chair, 2019, Custom fabric over steel and foam. Photo by Sol Erez

Each of the sensual, furniture-type objects in Ara Thorose’s ongoing series Soft Cylinders is composed of a single cylinder, about the circumference of a thigh, that curves to create a sculptural, and often functional form. The Soft Cylinders series embodies a sense of abstract minimalism while at the same time feeling animated and playful, body-like and sensual. “My work is about line. Each cylinder is a line that traces motion in space,” Thorose says. His work utilizes straight line and curved line as the primary vocabulary of expression, playing with the tension that emerges in their relationship, and how we perceive it visually or emotionally as we move around the objects. “There’s an aspect of animation to my work. Animation is a phenomenon of perception. It’s an expression of empathy… this willingness to see ourselves in things.”

“My work is about line. Each cylinder is a line that traces motion in space”

Forms in the studio. Photo courtesy of the artist. 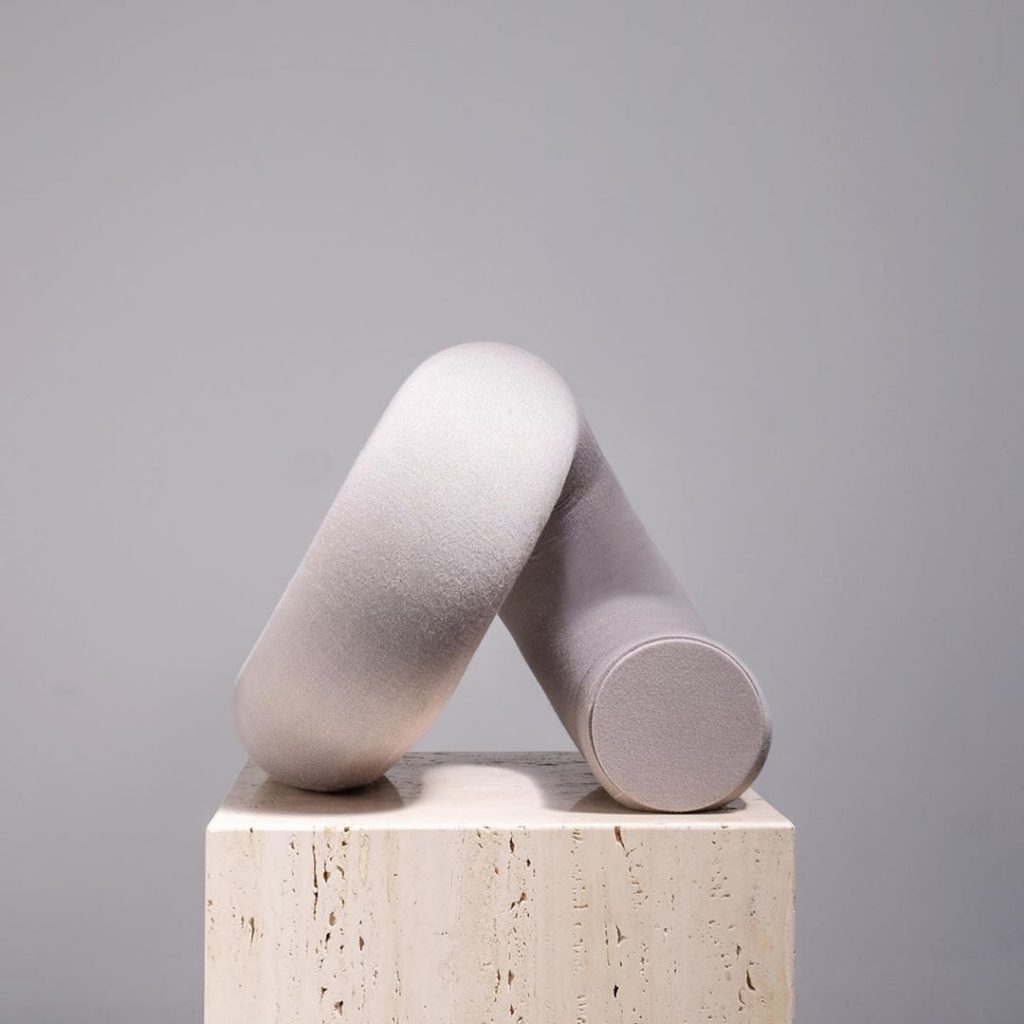 After earning an MFA from Cranbrook Academy of Art, Thorose remained in Detroit, Michigan, to develop his practice. He balanced making the work in Detroit, then showing it in New York. “There was this disconnection to it, but it was functional for that time,” he explains. In summer 2019, he was invited by artist and friend Rosalind Tallmadge to sublet her studio in the rear of the Carvalho Park gallery space in Brooklyn. “I went to Cranbrook with Rosalind, so that connection was fortuitous. I’d been accustomed to studio life in Detroit, which is very different. So it was such a treat to get to work in the beautiful environment that Jennifer Carvalho and Se Yoon Park create at Carvalho Park. That summer sublet felt like a mini residency in the clouds.” The experience prompted Thorose to think seriously about relocating from Detroit to either Los Angeles or New York City, where he felt his practice and opportunities could grow. By chance, a studio in the same space he had visited over the summer became available a few months later, so he leapt at the opportunity to build a studio practice in New York City, where he is currently based. •

Ara Thorose and the 5M Chair. Photo by Sol Erez.